Facebook video advertising is probably the hottest industry buzzword of 2019. That’s no surprise: with a 5x higher engagement rate than static images, video ads on Facebook are here to stay.

Here’s what you need to know.

Word on the street is that homo sapiens now has an attention span of only 8.25 seconds. In comparison: a goldfish can focus for 9 seconds. Whether or not this is scientifically true, this statement is strongly related to our media consumption. When users scroll through their social media feed, they do so at top speed and without regrets.

This means you need to find a way to grab your audience’s attention immediately – and keep it. You can create a thumb-stopping video by asking triggering questions, using bold statements or eye-catching colors and graphics. You keep attention by telling a compelling story. Don’t just showcase your product or service but really capture your audience. As mentioned above: people scroll away from your ad faster than you can say “video advertising”. Therefore, Facebook advises you to keep your videos as short as possible. The social media platform recommends a length of only 5-15 seconds for in-stream video ads. Newsfeed video ads can run up to 240 minutes, but we recommend keeping it short since data shows that shorter videos have better completion rates.

A short time span also forces you to think about brand placement. Consider mentioning your brand as early in the video as possible. A study by Facebook IQ tells us that consumers are 23% more likely to remember a brand if it’s featured in the first 3 seconds of a video ad. 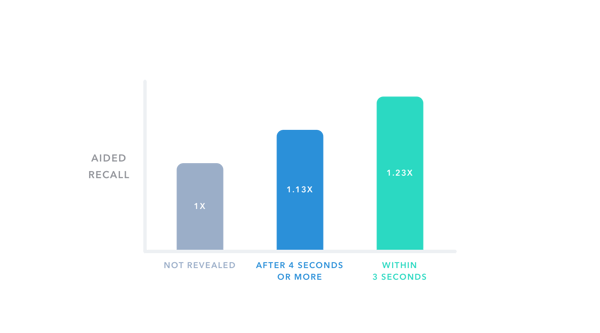 We suggest you create Facebook video ads with the same length as your display ads (recommended: 6 to 9 seconds). This way you only have to create one storyline that you can use in all your video ads, across multiple channels.

A good video ad directs its target audience to a specific goal. Whether it’s making an online purchase, reading a blog or booking a hotel. The clearer the CTA, the better the outcome.  But where do you place your CTA? While average VCRs (video completion rates) are rising, it is still not likely that Facebook users will watch your entire video ad. A CTA at the end of the video may not have the impact you want. When you position it pre-roll, you have not convinced your audience of anything yet.

Data underlines this. CTAs positioned at the beginning of a video have a conversion rate of only 3,15%, while CTAs at the end of the video get clicked 10,98% of the time.  When you mention your CTA in the middle, the conversion rate rises to 16,95%. To make sure your audience can act upon your goal, you have to place your CTA in the middle. This way, you target them when they are most engaged. Now you know the ideal structure for your video, we also want to point out the ideal specs. Ever since Facebook passed its 1-billion mobile-only users mark, it is important to develop your ads mobile-first. When it comes to video advertising, this means you also optimize your aspect ratio. We recommend to create your video ads as vertical (9:16) or square videos (1:1). Both ratios take up a lot more space in a user’s mobile newsfeed compared to landscape (16:9).

While research shows that square videos (1:1) gain 30-35% more views and 80-100% more engagement, vertical videos perform even better. According to Buffer.com, the CPC (cost per click) and CPV (cost per view) are significantly lower when using vertical videos instead of landscape or even square.

Design for sound off

Loud, auto-playing audio is one of the greatest annoyances of the world wide web. That’s why it was no surprise when Facebook reported that 85% of its users opted for sound-off. Studies show that millennials and Gen Z audiences highly appreciate videos with subtitles – and this trend is quickly growing on other users too.

So, when you create video ads, design them sound off. It doesn’t mean they can’t contain sound, but the message should come across without audio. You do this by showing subtitles, captions, logos and title cards. Also, data states that emoji were used in 58% of the top 100 videos of 2018. So, when it’s suitable for your brand voice, use emoji in your titles as well.

When designing, always keep Facebook’s 20% rule in mind. If you want to advertise a video that contains lots of text, upload a text-free thumbnail as a workaround.

When most people think of video, they think of expensive film studios and time-consuming production meetings. This may be the case when you are shooting the successor show of Game of Thrones, but not when you create video for Facebook.

A case study by Buffer.com even tells us that high-end productions show the same results as low-budget video ads. That’s why you could either choose to use a stock video as in the example below. Or you could go for an even simpler approach by using a background image and some custom animations. No matter which option you choose, Bannerwise allows you to create and publish both in MP4, meeting all Facebook guidelines. We can’t stress this enough: when you create video ads, it’s important that you A/B test them thoroughly. This also applies to Facebook ads. In the end, there is no recipe for creativity and all audiences behave differently. To make sure your video ad performs best, do your research and put your creatives to the test.

Looking to increase the ROAS of your campaigns? 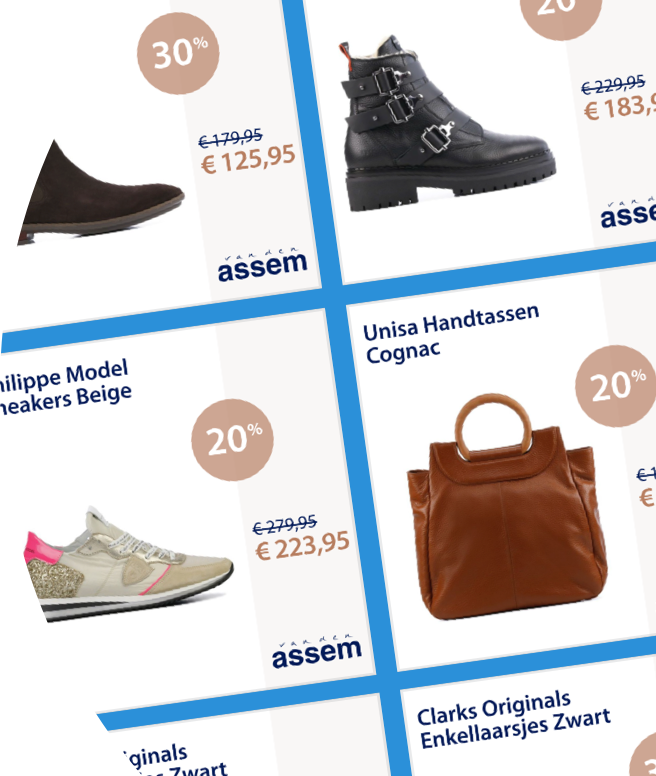 The pain of digital ad production and how to solve it